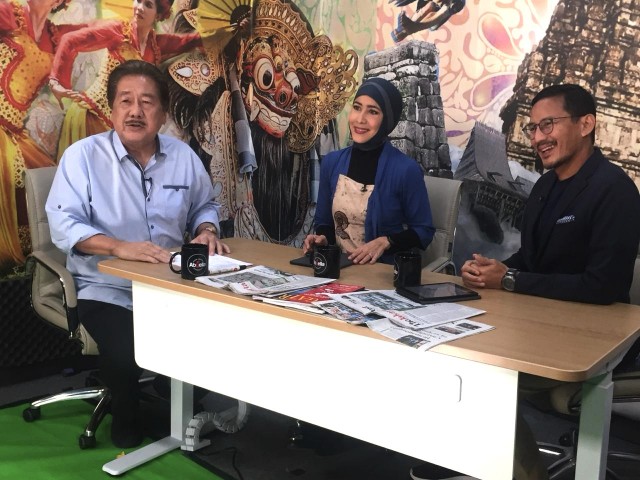 JAKARTA – The flagship program of Indonesia’s only 24-hour English-language TV channel is among the best in Asia.

“They don’t shy away from any subject,” says TIC General Manager Arci Fadillah. “And that’s why the show is such an important source in and out of the country.”

Tanonaka is a former CNN International and CNBC Asia anchor, having won a previous “Best News Anchor” ATA honor in 1997. Malakiano is deputy CEO of a political marketing company, and Uno is a former vice governor of Jakarta.

“Hot Indonesia” is competing against finalists from Singapore, India and Hong Kong. Two other Indonesian media companies  - RCTI and Metro TV - were nominated in other categories.

The Asian Television Awards were launched in 1996, growing now to more than 50 categories with 1,400 entries from India to Japan.